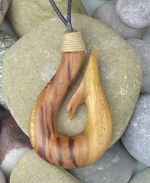 The Hei Matau is a Maori symbol in form of a simplyfied fish hook. It is one of the most popular pendants in New Zealand.

The fish hook is the catcher of luck.The pendant stands for authority, wealth, success, recognition and guidance. It also represents strength and determination and brings peace and good health. It provides protection and good luck on the water and is therefore quite popular with surfers.

According to a legend, Maui, the ancestor of the Maori, fished the North Island of New Zealand with a fish hook out of the ocean. The importance of the Hei Matau stands for the promotion of the will, support and consolidation of power, and to secure prosperity. Furthermore, it stands as a symbol for peace and for a safe journey across the water.

The Heart (Maori: Manawa) is one of the most famous symbols and there is no need for explanations. It is asign for Love, confidence, loyalty and much more.

Regarding the Maori-meaning it stands for emotional balance, love, generosity and compassion and it is also a symbol for friendship. 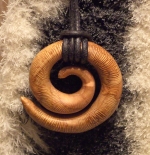 Koru (fern) is a word in the Maori language for "bay" or "loop".

Because of its form, it stands for new life, Hope, perfection, reincarnation, personal growth, recommencement or the start of a new life.
It is also a symbol for renewal, but also for virginity and hope for the future. Other meanings are peace, harmony and growth.

Last but not least it symbolises a lovingly relation in the family.

The maori use this symbol in many different varities in a lot of designs. 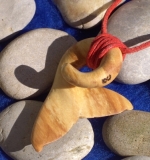 The Muri Paraoa (fluke, Tail of the whale) is a very important symbol of the Maori. According to the legend
the ancestors of the Maori rode on a whale and found so Zealand.

The symbol fluke stands for speed and strength, combined with gentleness. But also for companionship. It is very popular with surfers.

The Maoris consider whales as spiritual guardians that symbolize protection and bring good luck to those who are traveling on the oceans. Whales are the most important animals in the lives of Maori, they represent the strength of the Maori people and their connection to the sea. For the Maori, it is also a symbol of respect for nature. 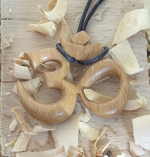