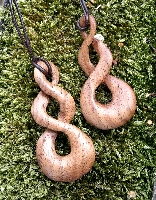 The Pikorua (doubletwist) is a traditional Maori symbol. Its meaning is love, friendship or the union of two lives or souls.

The crossed elements symolize the ways of live, which seperate two people and bring them together again. It is also a symbol for infinity.
The ztwist with its crosswise form symbolizes the many ways of life and love and because of this it is a symbol for eternity.

The Double Twist stands for the interweaving of two spirits or souls in the sense of a strong friendship<, or in the case of two beloved and common development. The intersection in a twist shows the eternal bond between two people.
Although they move apart again, but they come back together to become one.

the tortoise is in many different cultures highly symbolic.

In the chinese culture it is one of the four legendary animals. It ist standing for a long life, constancy and immutability. In Europe the totoise is the personification of emotions. Thank of its shell it a symbol of protection and because of the old age this animals can reach, it is a symbol for a very long life. 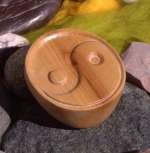 To give a detailed explanation of the Yin Yang is very difficult. If I would explain all aspects comprehensively, the place would not be sufficient here.

The Yin Yang is a circle that is divided into two equal sub-areas, a white (Yang, movement) and a black (Yin, calm). These two areas represent the two opposite potentials in every thing.
The black area has a white dot in the white area, a black one. This shows that there is no 100% state of yin or yang. In either Yin or Yang is a little bit from the other part, in every Yang a little Yin - and the other way round. To understand the relationship between yin and yang, one must know that nothing can only be yin or yang only.  Without Yin there would be no Yang and without Yang there yould be no Yin.

Yin originally meant the shady side of a hill, it's dark, earth, moon, down deep, passive, downward, soft, retreating, cold, astringent.
The original meaning of  Yang the sunny side of the hill, so it is in connection to light, movement, stretching himself, sky, mountains, sun, up, hot.

When considering the Yin Yang things will always be considered as part of a whole. A single case can never be separated from the relationship with another thing. Nothing can exist only for themselves. There are no absolutes.
Yin and Yang necessarily include within itself the possibility of opposition and change. 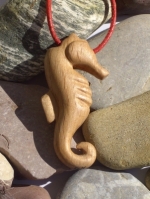